Hitting The Road To Omak 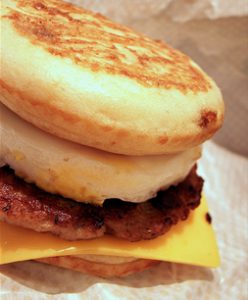 I first visited Omak Washington on September 7th 1988, two weeks before my 19th birthday. My father asked me to join him for the visit so that he could visit his eldest brother Henry, whom he had not spoken with in nearly 20 years. I wasn’t exactly thrilled to go, but I didn’t really have anything else to do, and I thought it would probably be a good idea to spend some quality time with my Dad since we had not been on the best terms throughout my teenage years. The distance between us was mostly due to the fact that I had stopped listening to him when he told me to do things like “go to school”, or “do your homework”, or don’t stay out all night drinking with those clowns you call your buddies. We had a great relationship until I was 13 or 14, and I think that he was genuinely hurt that I enjoyed hanging out with my peer group more than I enjoyed hanging out with him, doing the things that we had done together when I was a little kid.

Well, this was a fresh start, and I felt that I owed it to him to be positive about things and to really try to enjoy hanging out with him and Henry, even though I was sure that it was probably going to be an all around boring experience. After all, Omak was just some tiny little town in Washington State, and I doubted that there were going to be any young people my age around for me to hang out with while Dad and Henry were talking about fishing or bowling, or growing up together, or whatever else they were going to be talking about.

We left at 5:00 am on the nose Monday the 5th, because my dad always liked to get going as early as possible. He actually had wanted to leave at 3:30 in the morning but I told him that there was no way that I would get up that early and that even 5 seemed pretty crazy to me. The idea was to drive all day, and stop for the night in Redding CA, then we’d have a more leisurely day on Tuesday, hit a few touristy spots in Oregon, and the roll into Omak Wednesday evening in time to have dinner with Uncle Henry and his family, whom neither of us had ever met. My Dad had shown me a picture of Henry and his kids that had come in the mail and they looked pretty normal, kind of preppy looking. Henry had 3 small children, and an older daughter from his first marriage who was 15 or 16. I’ve got top admit she was actually really hot looking in the picture, but I reminded myself that she was my first cousin, and not of age yet. I actually remember hoping that she wasnít as attractive in real life as she was in the picture because I didn’t want to have a perverted crush on my own cousin. But I figured either way, maybe I’ll get lucky and she’ll have a cute friend she can set me up with.

So, with our bags packed we set out in our dilapidated Ford station wagon. Mom made us homemade breakfast sandwiches to eat in the car with fried eggs, sausage patties, and American cheese which was very impressive because not only did she never cook, but she almost never got up for anything before 7 am. I guess she was going to miss us and wanted to chance to see us off as we would not be back for a full two weeks. I had brought a pillow and a light blanket so that I could get a little more sleep in the car, but my father forbade it. He said that if he had to drive then the least I could do was to stay awake so that I could chat with him, oh boy, this is going to be fun!

This entry was posted in Main. Bookmark the permalink.